A brush stroke in TwistedBrush Pro Studio is defined as the time from when the pen (or mouse click) is placed to canvas moved and then released leaving paint, normally in some form of a line, on the canvas. Within each stroke there are a series of paint dabs that get placed on the canvas that make up the stroke. For each dab of paint in each stroke the brush effects system is called on to do adjustments that are part of the configured brush effects for the brush being used. Below is a small sampling of strokes with different brush effects enabled to highlight the connection between strokes, dabs and effects.

A Stroke with No Active Brush Effects 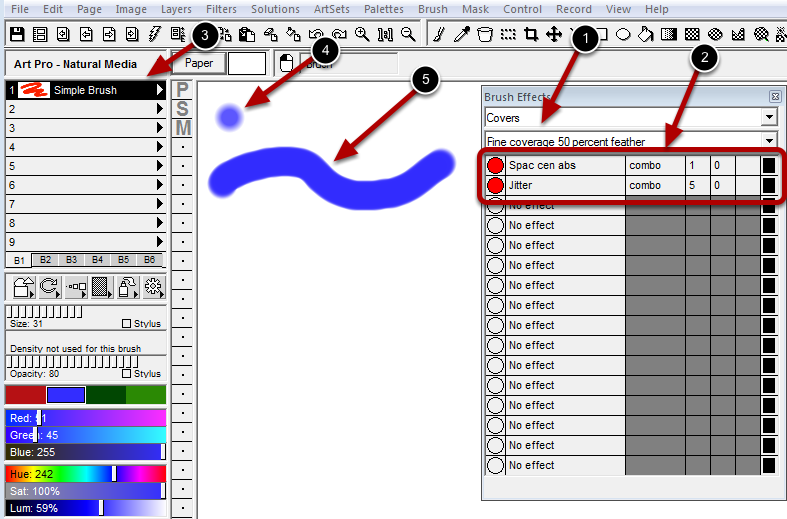 A Stroke with Dabs Spaced 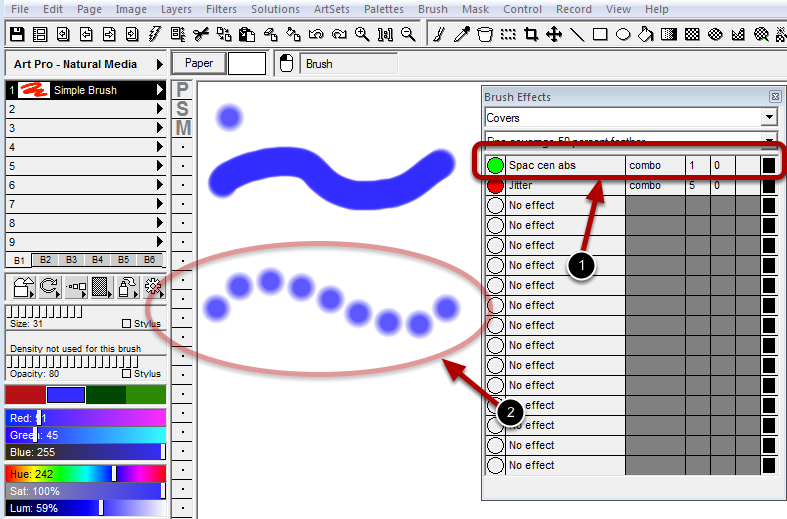 A Stroke with Dabs Spaced and Jittered 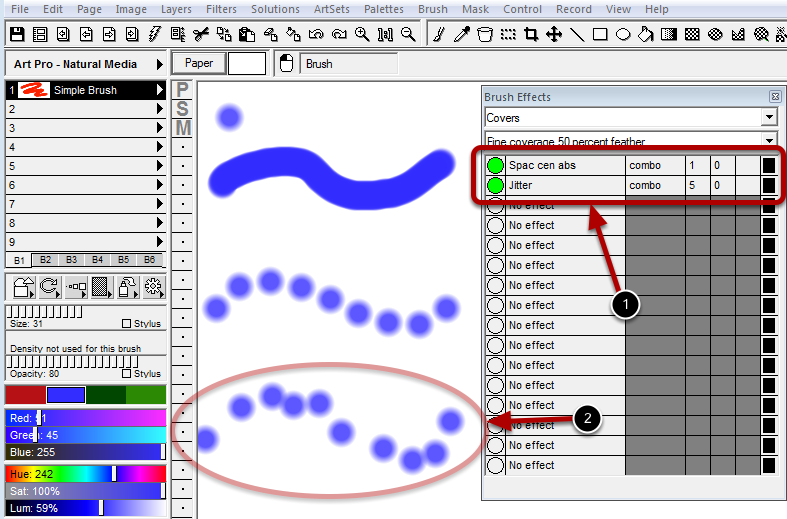